The Microsoft MCSA certification program is the most suitable choice for intermediate-level IT professionals with a strong desire to upgrade their careers. With a variety of areas covered, starting from Windows Server to Dynamics 365, it provides specialists with relevant knowledge and skills required by the industry. And since Microsoft is among the most recognized accreditation vendors, such validation can bring one numerous benefits when it comes to professional growth.

Microsoft is the organization at the forefront of technological innovations that creates and provides IT gadgets and services. Their IT certifications are based on levels that are entry, associate, and expert. Recently, role-based certificates were added as well, such as those designed for developers, data engineers, AI engineers, etc. Also, all the offerings can be divided into several categories according to technology, that include Microsoft Azure, Microsoft 365, and others. The most sought-after Microsoft certifications are definitely the MCSAs.

These tests are available worldwide in languages such as English, German, Chinese, and French, among others. The registration fee for each exam is $165. Those that attain the MCSA: Windows Server 2012 certification can take up the job role of a Windows Server Administrator and earn about $67k per year, according to PayScale. This certification will act as a necessary prerequisite if candidates want to pursue the MCSE: Core Infrastructure certificate in the future.

Microsoft 70-417 covers topics like the management of Active Directory, setting up servers, adjusting the network policy server framework, and storage resolutions. This test doesnâ€™t have any associated certification as it is meant to help candidates renew and expand their skillset so they can go on and start the MCSA: Windows Server 2012 certification path. The registration fee for this standalone exam is $165 and Microsoft offers official instructor-led classes to help prepare for it.

Holding this certificate means that individual is highly capable of creating and handling mission-critical environments, and it shows they also possess a thorough understanding of such technologies. To obtain MCSA: SQL Server 2012/2014, an examinee must pass 3 tests: 70-461, 70-462, and 70-463.

Possessing this MCSA certificate is advantageous because it allows professional to fulfill the job role of a Database Administrator and earn an income of $74k per annum, as stated at PayScale. Furthermore, this certification is a compulsory prerequisite for candidates aspiring for the expert-level MCSE: Data Management and Analytics.

Exam 70-743 focuses on topics such as the installation of Windows servers in different settings, Windows containers, DNS, network structures, and remote access. This standalone exam has no associated certificate, but rather it prepares candidates to chase the MCSA: Windows Server 2016 certification later in the future. The registration fee for 70-743 is $165, and the exam can be taken is languages such as English, Portuguese, and Spanish, to name a few. Applicants are recommended to take Microsoftâ€™s official practice tests and instructor-led training courses before sitting for it.

This certificate is proof that the candidate has all the practical skills a database professional is required to have to efficiently handle both cloud and on-premises databases. To earn it, one must pass two exams: 70-761 and 70-762. Test 70-761 (Querying Data with Transact-SQL) is aimed at developers and SQL Server database administrators with 2+ years of experience. The content of this exam is based on Transact SQL, data querying, and coding databases. Test 70-762 (Developing SQL Databases) is best suited for experts responsible for introducing databases for an enterprise. This exam features topics such as deploying database objects and the concurrency of a database.

MTAs are terrific for those who are newbies in the realm of tech because these exams encompass a wide range of basic-level IT concepts. To receive the MTA: Windows Server Administration Fundamentals certification, a student must pass a single exam 98-365 (Windows Server Administration Fundamentals). This test is best suited for those familiar with the workings of Windows servers and who have also interacted with Windows servers & networking tools out in the real world. The material covered by this exam puts emphasis on areas such as the roles of servers, Active Directory, handling the performance of servers, and maintenance of servers. Those interested in learning new skills, uplifting their resumes, and obtaining a digital badge for their social media profiles should definitely try achieving this MTA certificate. Though MTA certification is not a must before opting for the MCSA certificate, it will greatly ease your way to that goal. 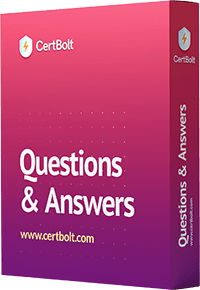 With the PDF Version of the exam questions, you can study at any time and place, which are convenient to you. This means that you can work with the MCSA Questions & Answers PDF Version on your PC or use it on your portable device while on the way to your work or home. The PDF exam file also offers you the possibility to print it and use this printed version if you prefer it over the digital one.

* PDF Version is an add-on to your purchase of MCSA Questions & Answers and can't be purchased separately.

Please fill out your email address below in order to download exam demo Questions & Answers.
Registration is Free and Easy, You Simply need to provide a valid email address.